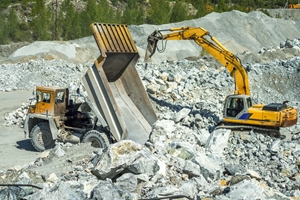 The Brisbane economy received approximately $7.8 billion in the 2014-15 financial year from the state’s resources sector. The industry also supported almost 170,000 jobs in Queensland.

New data from the Queensland Resources Council (QRC) has emphasised the importance of minerals and energy firms to the region. According to the organisation, the sector continues to be a significant linchpin for the state’s job opportunities, government revenues and exports.

“This may come as a surprise to some in south-east Queensland, but the money trail can’t be denied with direct and indirect [resources] spending representing 23 per cent of the Brisbane region’s gross regional product,” he explained.

“Across the state, resources companies paid $2.1 billion in royalties to the Queensland government in 2014-15 – revenue used to pay for essential services such as schools, hospitals and roads.”

Mr Roche added that these figures are a clear indication that the state’s resources sector remains strong, despite recent downturns in commodity prices. The industry’s efforts to diversify seem to be working, with resources businesses responsible for one in every six jobs in Queensland and numerous apprenticeships and traineeships.

The QRC annual report said the $7.8 billion that Brisbane received was significantly more than other regions, with the seat of Flynn coming second after benefiting from a $4.8 billion contribution.

The top five electorates also included Dawson around Mackay and Griffith in suburban Brisbane. These regions saw contributions of $2.6 billion and $2.5 billion respectively.

Lawrence Consulting’s figures indicated that expenditure from energy and minerals resulted in the direct creation of 1,809 full-time job vacancies in Brisbane. These spending figures encompass wages companies paid, as well as any purchased goods and services.

“The broader contribution that resources made to jobs and economic activity across the state is still a pivotal part of the economy, despite moving out of a record period of spending on capital expenditure on construction into a more normal phase where operational expenditure dominates,” Mr Roche stated.

QRC’s report identified Dawson as the electorate with the largest number of businesses serving the resources industry (4,535). Flynn had 3,183 local firms supporting the sector, while Capricornia was home to the most resources-related staff, with 6,422 directly employed people.