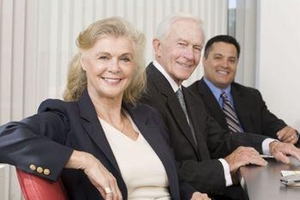 Older workers do not put as much focus on career planning as school-leavers and graduates, according to recent research. However, this could leave them unprepared when a crisis emerges.

A July 2015 report from National Seniors Australia revealed just 26 per cent of people aged 50 or over considered the opportunity to learn new skills as ‘very important’ to improving their quality of life.

This was despite 40 per cent of respondents having undertaken training, education or learning activities within the last three years. Of those who hadn’t embarked on professional development opportunities, 20 per cent said they didn’t think it would help them.

The report comes just weeks after PricewaterhouseCoopers data showed Australia was climbing the global rankings for harnessing the economic power of mature-age employees.

Nevertheless, 50 per cent of older workers polled in the National Seniors Australia study said career planning was not important to them. The organisation’s chief executive, Michael O’Neill, indicated this approach could be a mistake.

Mr O’Neill said people aged 50 and over only tend to consider training and learning as a result of a crisis, such as ill health or a job loss.

According to Mr O’Neill, a career change or additional training could prevent older workers from remaining unemployed when unforeseen circumstances arise.

The National Seniors Australia report highlighted the importance of older people investing in qualifications and skills training, such as mature-age apprenticeships and traineeships.

Australia’s ageing population and the federal government’s push to prolong labour activity through extending the retirement limit could prove crucial factors in the future.

“It is unclear whether this inferred lack of need is due to the accumulation of skills and experience, or whether there is a perception that the opportunity to attain rewards such as promotion or increased salary, is low/unlikely.”

Other reasons respondents cited for not pursuing training included a lack of time (13 per cent) and affordability issues (6 per cent). However, National Seniors Australia urged older workers to acquire additional qualifications and work-related skills, as they are vital to remaining employable in today’s rapidly evolving business landscape.