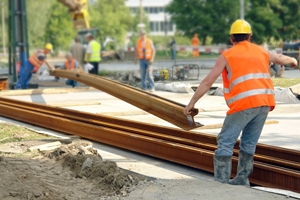 Light rail could provide a heavy-duty solution to employment in the Gold Coast.

The Gold Coast’s tourist infrastructure has received plenty of attention in recent years as the city prepares for the upcoming Commonwealth Games. Along with dedicated sporting facilities to support some of the world’s best athletes, the city is also seeing an increasing investment in transport and hotel developments.

Just one of these projects is the Gold Coast light rail project, with the second stage of the development recently approved by the federal government. This additional 7.2 kilometre route will now be completed in time for the games in 2018.

As well as providing an important piece of infrastructure ahead of the games, this decision is also expected to ease traffic congestion between Brisbane and the Gold Coast.

The Prime Minister Malcolm Turnbull described how important this development would be for the successful delivery of transport options to the city ahead of the games.

“Construction of Stage 2 of Gold Coast Light Rail will provide the missing link from the Gold Coast to Brisbane,” said Mr Turnbull.

“This project is vital for the Commonwealth Games transport task. It connects five competition venues and nine events to accommodation and public transport interchanges.”

To provide this important piece of infrastructure ahead of the games, the project is going to rely on a considerable workforce to complete this work. According to the state government, roughly 1,000 positions will be created as part of the construction, creating many opportunities for those seeking Gold Coast apprenticeships or traineeships.

Currently, the project has yet to appoint a dedicated contractor, with a preferred partner expected to be announced early in 2016.

While the second section of the rail project represents an important aspect of the Gold Coast’s infrastructure, it will also play a major role in supporting the delivery of other tourism and hospitality projects in the region.

This was underscored by Queensland Premier Annastacia Palaszczuk, who cited the numerous developments that are occurring along the route.

“The new line will connect the Coast to Brisbane and complement an impressive pipeline of new resorts and attractions already in train,” stated Ms Palaszczuk.

Further investments include the recently announced spending on tourism initiatives, of which the bulk went to initiatives in the Gold Coast region. Combined with the increasing focus on infrastructure, developments like the light rail project will lead to a number of exciting opportunities over the coming years.