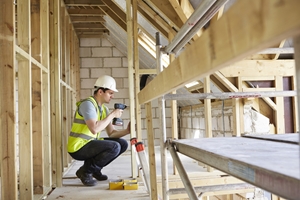 More than $59 million in newly announced funding will go toward important infrastructure projects, helping support thousands of jobs in Queensland.

She said the Catalyst Infrastructure Program should solve this problem, allowing councils to kick-start mothballed schemes.

The fund is just part of $10.1 billion of infrastructure finance available in the 2015-16 financial year, which is expected to support 27,500 jobs. Apprenticeships and traineeships could also receive a boost, with companies keen to expand their ranks to cope with future projects on the books.

According to Ms Trad, the Palaszczuk government’s total capital investment spend will exceed $35 billion when taking into consideration forward estimates.

Organisations that wish to receive infrastructure funding must show their projects will accelerate, facilitate or generate economic advantages for Queensland.

Winning applicants benefit from interest-free finance that is repaid over a specified period. The government said this ensures the program will continue to receive money throughout its lifecycle.

“We are now talking to councils and calling for potential co-investors to speak to us about what projects they would like to see funded through the Catalyst Infrastructure Program,” Ms Trad stated.

“We are looking for shovel-ready projects which demonstrate significant flow-on economic benefits for the community.”

“Jobs and economic growth are key priorities … and all councils will be eligible to apply for catalyst infrastructure funding under the program,” Ms Trad stated.

Proponents of the Catalyst Infrastructure Program must pay between 10 and 50 per cent of the direct costs of the projects they intend to commence, as well as commit to beginning building work within a year. Economic Development Queensland has been tasked with delivering the initiative.