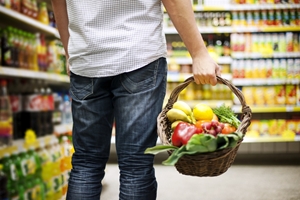 Hundreds of thousands of jobs will be available in retail, says minister.

Queensland’s retail industry experienced the biggest rise in turnover across the country at the end of 2014, as the sector continues to perform well nationwide.

The Australian Bureau of Statistics (ABS) showed the state’s retail earnings climbed 0.6 per cent month on month in December, which was notably higher than the 0.2 per cent national average.

Western Australia and the ACT experienced growth of 0.5 and 0.4 per cent respectively, while New South Wales recorded a 0.2 per cent rise. Victoria reported no increase or decrease, while turnover fell in South Australia, Tasmania and the Northern Territory.

Retail’s strong performance in Queensland may be encouraging for people seeking traineeships in the state, particularly as federal government Assistant Minister for Employment Luke Hartsuyker recently praised the industry’s future.

He said: “Retail is the second largest employment industry in Australia, employing over 1.2 million people and is forecast to grow by 7.8 per cent in the five years to 2018.

“This equates to tens of thousands of jobs and represents a huge opportunity for job seekers – especially young job seekers, to enter this varied and growing sector.”

Mr Hartsuyker said this rapid expansion will create challenges for retail organisations trying to secure the right candidates for their businesses.

The minister’s comments may also come as good news for those considering school-based traineeships, with the Australian government indicating a special focus on youth employment.

However, Mr Hartsuyker added that retailers are looking for excellent customer service skills and a good attitude towards work, regardless of the position being applied for.

“The retail sector can provide entry-level opportunities for young people and deliver a pathway to a long and varied career,” he stated.

“Retail offers a diverse range of career choices in areas such as sales, marketing, logistics and management.”

Commenting on the latest ABS retail figures, Mr Zimmerman said the sector has experienced 4.1 per cent growth over the last year, which he described as a “very positive sign”.

Household goods and clothing, footwear and accessories were among the best-performing segments, with 9.7 and 4 per cent annual growth respectively.

The ARA boss suggested the data for January may be even more impressive, as businesses reported a substantial post-Christmas sales surge that was not reflected in the December statistics.