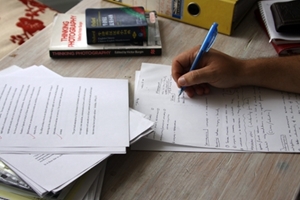 A Queensland scheme will bolster education options for indigenous youth.

A joint partnership between the University of Queensland (UQ) and rugby league has launched a new initiative to support more young indigenous people into education programs.

Announcing the scheme last week (August 8), state minister for Aboriginal and Torres Strait Islander and multicultural affairs Glen Elmes said the program would open up education opportunities for indigenous youth in the Ipswich-West Moreton region of the state.

Mr Elmes said the combined effort between the university and the Western Corridor National Rugby League Bid team would bolster education choices by developing more pathway programs to gain entry into tertiary courses – boosting indigenous employment as a result of an increased emphasis on education.

“Direct entry programs such the UQ program provide indigenous students with the flexibility to complete their studies in a living and learning environment where students are encouraged to embrace their sense of identity,” Mr Elmes explained.

“There is a role for everyone in the community to play a part in opening these opportunities – for jobs, pathways to further education, full access to education, schools and housing,” he added.