Cape York mining development could be on the cards 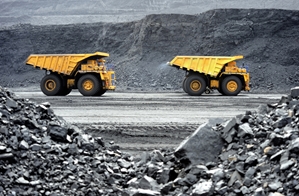 Open slather mining has been ruled out in the Cape York area.

The Queensland Resources Council is considering a plan to develop productive land use for Cape York, which should be encouraging news for those seeking agricultural or mining apprenticeships in Townsville.

“The resources sector has not strayed from its commitment to working with the state government to deliver the best possible outcomes for Cape York, Far North communities and for the environment,” Resources Council Chief Executive Michael Roche said in a December 5 media release.

While Mr Roche has confirmed there are no plans for open slather mining in the area, he affirms this does not dismiss the potential for other mining developments on the peninsula.

“Mining has played a positive role in the Cape’s history and can play a similar role in its future with a regional plan that recognises and complements the region’s environmental, agricultural and resources strengths,” he said.

The Resources Council is currently reviewing draft plans for Cape York developments and is open to comments and suggested revisions.

The large scale potential projects revisions are running in conjunction with the government’s latest investment of $1 million to investigate the availability of groundwater in the Great Artesian Basin (GAB).

This program will reveal the capacity for the basin to support economic developments in the Western Cape York region.

“It is surveying and researching groundwater dependent ecosystems, including springs, to identify their connections with and dependency on GAB aquifer resources,” Minister for Natural Resources and Mines Andrew Cripps said.

This data will help inform decisions about groundwater allocations while providing a clear understanding of how the natural resources would cope with additional developments in the area.

“Significant development opportunities exist in the Western Cape York region and many of these opportunities depend on the ability to access adequate water resources, but we also need to protect the rights of water users in the area,” Mr Cripps said.

Research on the GAB water resources is also a vital step in supporting the environmental and sustainable guidelines encouraged by the Resources Council.

Queensland mining developments are subject to a number of stringent environmental management requirements that will be fully utilised in the event any future Cape York projects are approved.

“The state government is offering Queenslanders a once in a lifetime opportunity to plan for the future of Cape York – a land mass bigger than England. It’s therefore essential that we get it right from the start,” Mr Roche said.