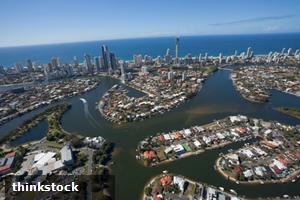 The Gold Coast will add a new 51-storey tower to the city skyline.

The Southport skyline is set to change with the construction of a 51-storey mixed-use apartment block given the go-ahead.

The tower, ‘Sanbano Southport’, will contain a medical centre, offices, cafe, commercial services, restaurant and shops, with the proposed development to sit on the corner of Rawlins and Nerang Streets.

The Gold Coast City Council approved the development on June 25, with mayor Tom Tate commenting that the tower will help to create 350 jobs during construction and “really revive the area of Southport”.

The construction of Sanbano Southport may create welcome opportunities for Gold Coast apprenticeships, as well as labour hire in Queensland.

“It [Sanbano Southport] also gives greater credence to our proposal to make Southport our official CBD and will add vibrancy and vitality beyond the current nine to five business hours,” Mr Tate said.

He added that Sanbano Southport was the third high-rise to be approved for the Gold Coast in the past six months, with another two major towers currently under assessment by the council.

Construction of the tower is expected to begin in 2014.