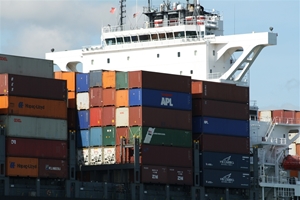 A shipping channel project in Gladstone Harbour has moved a step forward after terms of reference were finalised yesterday (December 11).

If the venture is given final approval, it will involve the duplication of the existing Gatcombe and Golding Cutting shipping channels, allowing two-way traffic and streamlining harbour efficiency.

The initiative could generate opportunities for apprenticeships in Gladstone, with more than 100 construction jobs expected to be created during the building phase, which would run from 2014-15.

A further 20 people will serve as ongoing maintenance dredging workers once the project is complete.

Now that the terms of reference have been confirmed, the way has been paved for an environmental impact statement.

Jeff Seeney, deputy premier and minister for infrastructure and planning, said the development had been highlighted as a key part to a 50-year strategy for safely and sustainability ensuring the state’s future shipping requirements are met.

“This is Queensland’s largest multi-commodity port and one of the busiest in the country,” he stated.

“Increasing its capacity will place us in a position to take advantage of an immeasurable number of opportunities in [the] coming years.”

The scheme is part of a four-pillar approach to building Queensland’s economy, which involves a focus on tourism, agriculture, resources and construction.